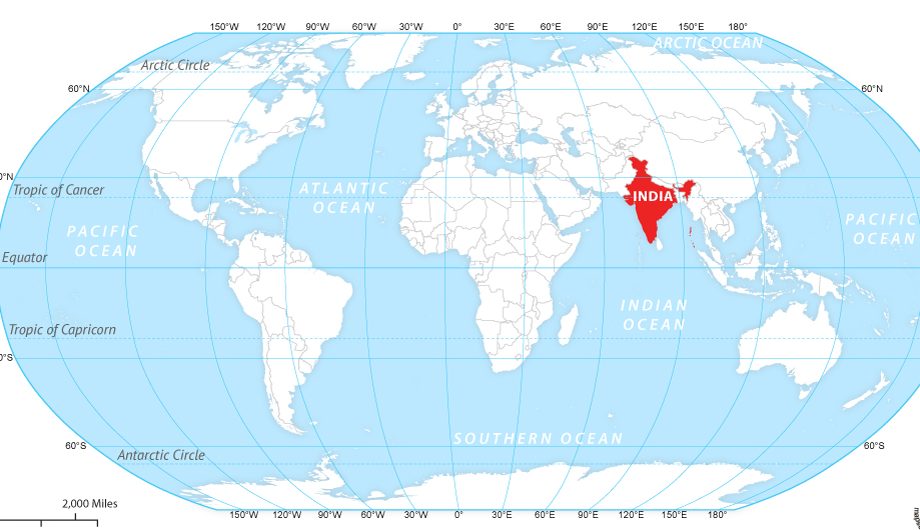 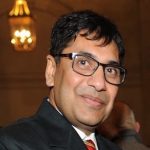 After independence, India is on a path to make a positive impact on the world economic and political landscape. Indian companies have bought Europe’s biggest steel-makers, Arcelor and Corus, and premier car brand Jaguar, similarly, many European and American firms relocated their operations to India. Indian government agencies are active for broadening economic cooperation in Africa, Central Asia and South East Asia.

Indian influence is growing due to its rapid economic growth, the presence of its talented pool of professionals all over the world, and because of the largest consumer market. India has enormous challenges, as it should not assume that the economic success of India is always guaranteed. Policymakers must overcome significant challenges for continuous economic growth such as inadequate infrastructure, creation of a talented pool of professionals, active management and investment in health and education, and removal of rural and urban poverty.

Assume that the policymakers take decisions towards the ambitions that India remains a rising power, which will positively impact on the world’s economic and political system?

One hand historically India proclaim her support for the principles of multilateralism. However, reality often fails to match them. Similarly, like most of the world powers, India also has the capacity of acting bilaterally, multilaterally, and unilaterally.

In its neighbourhood, India acted to sent forces in Sikkim and Goa in 1960 now both are part of India, Bangladesh (in the 1970s) and Sri Lanka (in the 1980s). Today, Indian government policy on Myanmar is to boost influence in the country but not to criticise the government; this upset others in tackling the Myanmar problems in the multilateral UN framework.

India is facing multiple challenges the new Modi Government must consider that economic imbalances as well as common weaknesses in India’s neighbourhood, and continued hostile relations with Pakistan maintained with India since independence, and using terrorism as an instrument of foreign policy as a power balancing game. At the northeast side, India has to fight with the expansionist intentions of China, as it is a dominant power in Asia and the world. Government and policymakers are required to assess current military threats but besides that they also consider socio-political, and power shifts across the globe including trade and commerce, new markets, energy security, global warming, demographic changes and access to natural resources including water and clean air are the unique factors.

Managing population is still a challenge as the increase in population in the next 30 years is projected to be approximately 350 million people. This increase will create a significant fiscal problem for the government to deliver adequate infrastructure to the people.

Data suggests that India’s contribution to global GDP growth will increase. India’s total GDP size in 2019 will exceed three trillion USD, and overtake the United Kingdom, further by 2025; the Indian GDP will surpass Japan, which will make India the second-largest economy in the Asia-Pacific region.

Some US and western commentators predict that the world democracies will team up to confront the authoritarian regimes, like China, Russia, Saudi Arabia and Iran. However, it is visible that India does not want to take part in anti-China or Russia alliance or such other campaigns. India seldom allowed its domestic political policies to influence Indian foreign policy. The fact is that India needs space in its bilateral relations, particularly with China, Russia, US and EU.

As India does not want to take part in any power blocks, and the most significant shift in Indian foreign policy in the last 20 years has been the developing strategic partnership with the United States of America and at the same time balancing its relations with China, Russia, Iran and Saudi Arabia to keep India’s interest first. Traditionally India’s foreign policy is always to follow the principles of neutrality, but at some degree in the past tilted towards the Soviet Union. However, now, several factors explain the more exceptional warmth towards the United States of America, such as:
The collapse of the Soviet Union;
The economic and strategic partnership between India and the United States of America;
The burgeoning educational links between the two countries; many young Indians aspire to study in the US universities;
Growing worries about the rise of Chinese power; as a result, many Indian leaders favour closer ties with the US.

Broadening ties between the US and Indian security and political establishments lead to the nuclear agreement between the governments of Prime Minister Manmohan Singh and George W. Bush. This agreement removed sanctions against the Indian nuclear industry; this allowed India to import uranium for peaceful purposes. In return, India puts its civil nuclear facilities under inspection.

The Indian left-wing political parties opposed this agreement because it would give outsiders control over nuclear facilities and at that time leading opposition party BJP, also opposed it, but their opposition was rather tactical, and not for any substantial reasons. The Nuclear Suppliers Group approved the deal which set off a wave of nationalist pride. In 2008, all nations with a nuclear facility signed the Non-proliferation Treaty. India, however, received special arrangements and they did not have to sign the treaty.

Anti-Americanism within the communist parties and the left-wing intelligentsia is typical. However, public opinion in India is broadly pro-American, the leadership of both Republican and Democratic parties support strategic ties with India, but the current Trump administration is playing a limited trade war, and if Trump’s policies on trade continue then they may affect the core of American-Indian strategic relations.

Most people in India think that because India is a vibrant democracy, consequently, it should align with other democracies against autocracies. However, some left-wing academics have concerns that friendly relations with Washington DC may impact New Delhi’s relations with Beijing.

The Indian political and business leaders stress to growing trade ties between the two countries. However, the Indian defence establishment and some sections of the general public are concerned about the rise of China.

India is concerned about unresolved border disputes with China and Pakistan. China occupies several parts of Indian territory. Moreover, China claims a whole state of India – Arunachal Pradesh – as its own. These disputes should have been resolved during President Hu Jintao visit to India in 2006. However, something went wrong, and the whole deal on border disputes was not signed. However, both sides are publicly expressing their desire to resolve the issue peacefully.

Indian logicians are worried about China’s soaring military budget, its armaments programmes and its ambitions to develop space weapons. India also observes Chinese efforts for developing relations with India’s neighbours. Indian strategists view it as the encirclement of India by China.

Trade between India and China is continuously growing, and some Indian strategists are concerned that while China exports manufactured goods to India, however, India exports goods to China which have less value. Over fifty per cent of Indian exports to China is iron ore.

India being one largest democracy and the US being the oldest democracy, New Delhi will continue to maintain relations with Washington, and that may cause concern in Beijing. However, if China takes a pragmatic and practical approach to reform the UN Security Council and support India in becoming a permanent member, this will undoubtedly help to develop India-China friendly relations.

India continues its relations with Russia; however, military ties between two are declining. India is balancing its military weaponry dependence, and India also prefers US weaponry, It does not go down well in Moscow. Therefore they have been sparring over the price of an aircraft carrier that Russia was selling to India. Politically, India’s relations with Russia remain good.

India’s relations with the European Union focuses on trade and investment. However, many in India may not see the EU as a strategic partner, because of EU’S inability to reach on a united position on the issues matters to India.

India supports the principle of non-interference and is reluctant to accept the concept of humanitarian interventions. India has not only been active to reform global institutions governance and decision making systems such as the UN, the IMF, the World Bank and the G8. India is also one of the biggest providers of peacekeepers. So India must be a permanent member of the United Nations Security Council, and it may replace the G8, India will take a greater sense of responsibility for global governance. In the long run, India would benefit from a stronger and more effective international system.