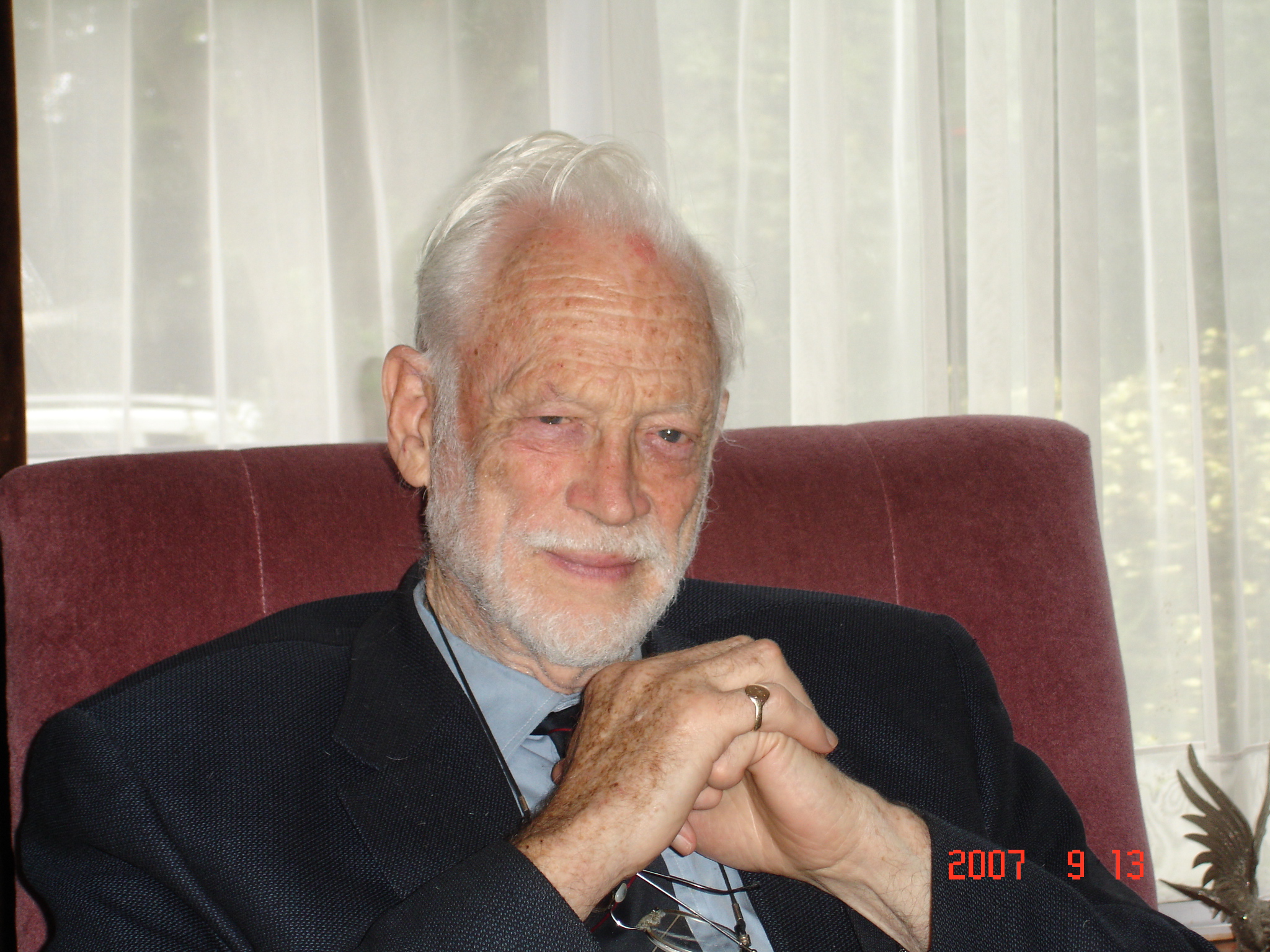 Professor Louis Smith with Prashant Shukla, F. G. Cassidy and along with representatives from Ireland and India established Ireland India Council in 2002 to strengthen the existing relationship and promote understanding among the Irish Indian communities, business leaders, universities and institutions of the Ireland and India.

Prof Louis Smith was a noted economist, who also played a key role in the co-operative movement in Ireland, and in establishing the National Farmers’ Association, which later became the IFA.

People remember him as a committed European and a founder member of European Movement Ireland.
He was youngest of eight children, Louis Smith was born in Crossdoney, Co Cavan to Isabel and Dr Frederick Smith in 21 December 1923. He was educated in Clongowes Wood College and studied economics and history at UCD and law in King’s Inns.

In 1950 he began working with the Irish Agricultural Organisation Society as an organiser of co-operatives.

Prof. Smith played a central role in establishing the committee structure in IFA which remains a key strength of the organisation.

He retained his interest in all things agricultural and in the 1960s and early 1970s he wrote a column in the Irish Independent, under the pen name Agricola, which is the Latin word for farmer.

Smith was one of the seven original signatories of the articles of association that founded the Irish Council of the European Movement in 1954. Other signatories included Dr Garret FitzGerald and George Colley.

He was chairman of the Irish Council for Overseas Students.

He also found time for writing and was the author of Evolution of Agricultural Co-operation in 1961 and co-author of Elementary Economics in 1963; He was a keen sailor and later boated on the Shannon in his barge which he had carefully restored in 1978. Smith was also a member of the Christian Family Movement for 40 years.

Prof. Smith’s daughter spoke of his “huge social conscience” and recalls that he was a regular contributor to the letters page of The Irish Times. In March 1987 he wrote to “applaud the action of the Government in withholding the increase of 15 per cent granted to senior public servants – even though it applies to myself”.

He said the country was “spending grossly above the means of the people” and continued: “It is most irresponsible to give any public service increases from the money we must borrow abroad, leaving our children to repay with interest.”

He died on November 25th, just weeks before his 89th birthday.

He was predeceased by his wife Sheila (nee Brady) in June of this year and is survived by his children Brendan, Philip, Eileen, Veronica, Isabel and Myles, his 11 grandchildren and brother Neil.

The committee and members expressed deepest condolences after passing of Professor Louis Smith. He was the founding president of Ireland India Council.

Members will remember Prof. Smith with gratitude, passion and admiration. As a founding member of the Council, he enthusiastically guided and shaped its objectives and goal. He was youthful, lively and optimistic and always brought a smile in meetings. He held in-depth knowledge and pragmatic views on the Irish economy and polity. He was a true internationalist with a passion for cooperatives, agricultural and Europe was always at the centre of his discussions. The members of the council fondly remember him for his contribution in establishing it in 2002.

We convey our deepest sympathies to his family.