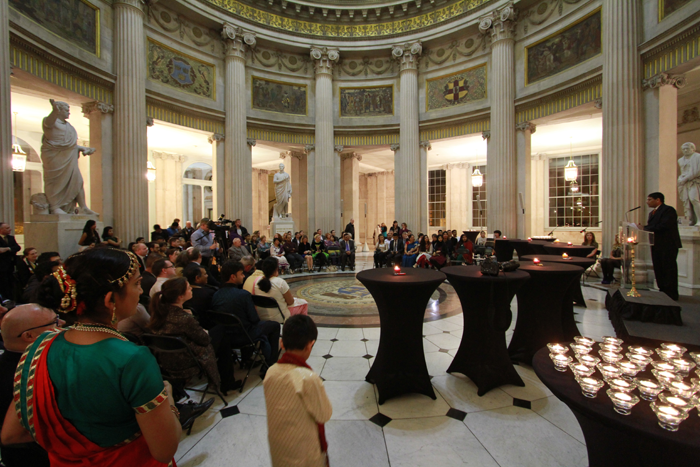 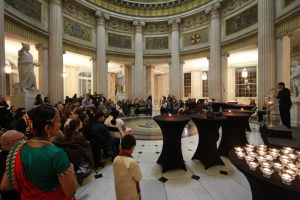 Ireland-India Council in conjunction with Dublin City Council will host an event in City Hall, Dame Street, Dublin 2, on Friday, the 9th November 2018, between 7.00 pm to 9.30 pm to celebrate Diwali Festival of Lights. This year marks the 10th anniversary of Diwali celebration in Ireland and the 5th year that the event has been hosted in City Hall.

Diwali is a five-day long festival, which originated in ancient India, it is celebrated every autumn in the northern hemisphere (spring in the southern hemisphere). Diwali is one of the most popular festivals of India that symbolizes the 'victory of light over darkness, good over evil and knowledge over ignorance'.

Minister Breen said: “I am delighted to be part of this year’s celebration in Ireland of the Diwali Festival of Lights hosted by Ireland-India Council. The cultural and economic links between Ireland and India continue and the work of the Council has played an important role in strengthening our ties. I hope the event is hugely successful.”

An Taoiseach Leo Varadkar will also address the attendees of the event via video link due to other commitments.

Also in attendance will be Dublin City Councillors, the Mayor of South Dublin, Cllr. Mark Ward, members of the Oireachtas Ireland India Parliamentary Friendship Group, the Diplomatic Corps and over 200 invited guests. Entertainment on the night will include cultural presentations, an Indian fashion show, classical dance and singing followed by a buffet dinner.

Please contact Ms Aparna, Cultural Coordinator of Ireland India Council at culutre@irelandindiacouncil.ie or phone: 0879171494 if you have any questions or ideas about coverage.

About Ireland India Council
In November 2002 Ireland India Council was established to foster business and cultural ties between the two countries. The council endeavouring to increase "People to People Contact," "Cultural Exchange" engendered through cultural awareness as a necessary attribute to nurturing bilateral relations and/or economic interactions, as "Exchange of Ideas," and more importantly "Business-to-Business Interaction." The council provide services for:
1. Networking in desirable business sectors both in India and in Ireland
2. Assist its members in setting and operating their business in India and vice versa
3. Provide travel assistance to its members
4. Organise workshop and conferences to its members
5. Provide cultural familiarisation and training to the companies’ staff and executives.