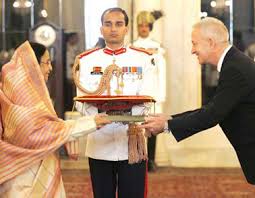 Message for the IIC Forum on Science and Technology

I would like to congratulate the Ireland India Council for organising this Science and Technology Forum and Dublin City University for agreeing to host and contribute to it. It is the first initiative of its kind to take place in Ireland.

Ireland and India have a great deal to learn from each other. India can learn from the close relationship which Irish educational institutions have with business and industrial development. Ireland can draw inspiration from the commitment of millions of ordinary Indians to educational attainment and benefit from cooperating with the wide spectrum of cutting-edge scientific research taking place in Indian Institutes of Technology, Universities and laboratories.

Much has been said and written about the traditional links between Ireland and India, but tradition is a word which always makes me edgy as it lacks definition and implies that there is not so much taking place in the here-and-now.

We need to be clear: we are reaching a critical moment in our S&T and educational relationship with India. Irish people can be proud of the input which Irish teachers have made over the last two centuries to the development of India, but these much-vaunted links are dwindling with the passage of time. Unless we develop new forms of educational cooperation and learn to collaborate closely with India in S&T, the association which Ireland has for many Indians with knowledge and educational attainment will not only have become a distant memory. We will also have lost the opportunity to hitch ourselves to a rising scientific and technological star.

Despite the advances which India has achieved in many areas of science and technology and the stature attained by it’s IT, pharmaceutical and other industries, it still faces serious challenges to its development. India is a very large and populous country as well as the world’s largest democracy. Its leaders have identified the country’s economic development as their main priority. Not so long ago Ireland was a poor country and we know the cost in terms of lost human potential. I am convinced that with the assistance of our scientific and technological community, and our higher education sector, Ireland can make a contribution to India’s future as great, or greater than it has already made to India’s past.

I am very happy that so many Irish higher educational institutions from both parts of Ireland have agreed to participate in the Forum. It demonstrates that none of the institutions on our small island is under any illusion that it can make an impression on India on its own. I hope that the Forum will focus on practical ways in which Irish higher-educational institutions can cooperate among themselves in ways that make them better equipped to cooperate with India.

I would like to wish the Ireland India Council, Dublin City University and the other participants every success with the Forum and the new era of cooperation between Ireland and India which I fervently hope that it will initiate.